We Must Go Deeper 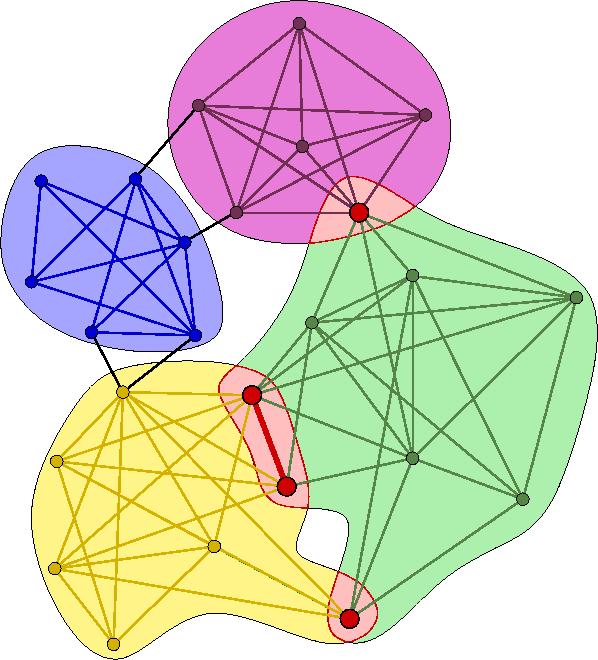 Writing in the Root, Michael Harriot discusses finding that minority and poor students received harsher discipline than whites and well-off students. Glossing over the very real issue that lower-SES students are indeed at higher risk for behavioral problems, he writes  that “the problems of racial inequality in the criminal justice system begin in the educations [sic] system.”
I would say they continue, but do not begin there. They begin in our embracing an economic system in which low-skill work is paid a poverty wage. This creates ghettos, destroys families and depletes capital (financial, emotional, cognitive, safety, health, transportation, modeling, etc.). Historically marginalized, low-capital ethnic groups will get caught in the trap of being forced into working these jobs, and thus sucked into a generational system of oppression as an underclass, as geographic isolation concentrates the effects of poverty, nowhere more so than in neighborhood schools. Dominant ethnic groups will find racism a convenient rationalization for the structural economic system which requires the dehumanization of fellow citizens in order to excuse their continued exploitation. Politicians and pundits will find that demogoguery is an effective tool to gin up support for their personal or political ambition.
The way out is simple in theory, yet difficult in practice: raising wages for this type of work, thus detaching it from ethnic marginalization and geographic segregation.  To truly dig out racism from society, we must go deeper, indeed to the root.
Posted by Vidoqo at 10:38 AM No comments: 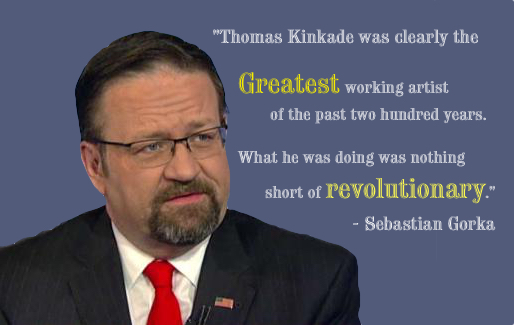 The Brain of Kool Keith

In 1988, The Bronx-based rap group The Ultramagnetic MCs released "Critical Beatdown", a landmark in hip hop, setting a new bar both in production as well as lyrical complexity and imagination.

Its founder, Kool Keith, went on to create the album he is maybe best known for, as Dr. Octagon in Dr. Octagonecologyst, a concept album starring a "time-traveling gynecologist and surgeon from the planet jupiter".  The wikipedia entry summarizing the epic space-narrative is quite brilliant:

"Octagon specifies a few of the services he offers, such as treatment of chimpanzee acne and moosebumps, and performs rectal rebuilding surgery and relocates saliva glands.[2] Octagon also performs medical experiments at night when the moon is out. Proclaiming that his hammer is dull and his drill is broken, Dr. Octagon tells patients that he doesn't have tools. Instead, he states that he'll rip out a stomach, dissect open rectums, put needles in kneecaps, apply Clorox to vocal boxes, and watch his patients vomit green. Dr. Octagon's office number is 1-800-pp51-doodoo, and his patients often wait in a waiting room for long periods of time before he dismisses the ones that have been waiting since morning. Octagon's hospital also houses mental patients that dance in the halls. Octagon has fed green fly soup to his patients on occasion, and has given patients a mixture of Pepsi cola, Pepto-Bismol, bugs, and pop rocks to watch them cough until they turn blue. One of Octagon's patients dies in room number 105 with cirrhosis of the eye while there is a horse loose in the hospital. Another patient is taken by Dr. Octagon out of the bathroom into water to touch the submerged electric wires. Octagon claims to hide the dead bodies of his patients in Beverly Hills, CA. Octagon's uncle, Mr. Gerbik, is described as being half shark, having the skin of an alligator, and is 208 years old."

Revisting Critical Beatdown this morning, I was struck by Keith's frequent reference to brains.  So I made a wordcloud of his nearly 4000 word contribution to the lyrics of the album. 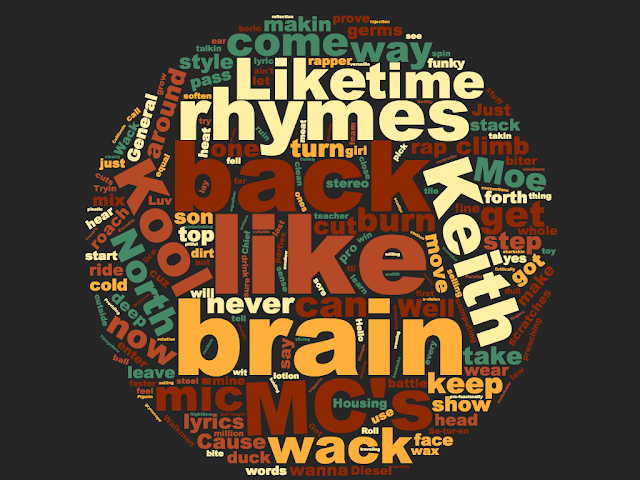 Indeed.  Brain actually occurs 26 times throughout the album.  As opposed to Spongee, which only occurs twice.

Posted by Vidoqo at 9:57 AM No comments: