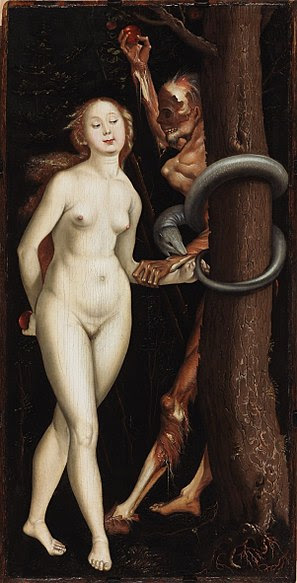 I drink a lot of diet soda.  Well, probably around 2-3 cans a day.  So my ears perk up whenever I hear anyone propose that it is unhealthy.  For some reason, there is something about diet soda that really bothers people.  Given the high levels of skepticism in the general public, despite the fact that not only have millions of people have been drinking it for decades and no good evidence that it causes real harm, I'm suspicious there might be something deeper going on.  Diet soda can actually be harmful to your teeth, because it contains citric acid, which corrodes enamel.  But no more so than anything else containing citric acid, and can be controlled by drinking with food, so that salivary glands are stimulated, restoring the mouth's natural pH.

But no, the real skepticism isn't about tooth enamel.  It is mainly about cancer.  The biggest fear is the artificial sweeteners used.  Some have a vague notion that the carbonation is dangerous, something about CO2 is seemingly problematic.  However, considering it is a naturally occurring byproduct of human cellular respiration and therefor critical to our survival, I'm not sure they really understand what it is.

The cancer concerns have a kernel of truth to them.  A derivative of coal, it didn't take long after its discovery for people to worry over its safety.  A reasonable enough suspicion, however coal itself is indeed a "natural", quite literally "organic" substance.  In 1906, when Roosevelt was promoting saccharin as a healthy alternative to sugar as part of his fitness promotion, vice president Sherman begged him to avoid it, calling it "a coal tar product totally devoid of food value and extremely injurious to health."  Despite further studies over the following decades showing it to be harmless, suspicions held.  In the 1970's, rats were found to have developed bladder cancer after being exposed to saccharin, leading to attempts by the USDA to ban it.  However the findings were controversial, and eventually in 2000, it was discovered that rodent biology was actually quite different from humans in that their bladders had very different metabolic reactions to certain substances.

Comparing biological reactions across species is always tricky (as is cancer epidemiology in general).  I happened to find a fascinating demonstration of this on the website of the Carcinogenic Potency Project, until recently headed by a highly respected cancer researcher.  The basic point is that almost anything can be poisonous, or even carcinogenic at the right doses.  No where is this more true than with rodent population.  Essentially, if one were to go by cancer rates in rodent exposure, we would need to ban everything from coffee to lettuce to hamburger meat.  By the way, highest on the list of rodent-cancer causing "natural" chemicals?  Symphytine, naturally found in comfrey root.

There are probably many reasons why people cling to suspicions about artificial sweeteners.  The idea of anything "artificial" seems worrisome to many (even though plenty of "natural" chemicals are extremely deadly, and synthetic chemicals are just as safe as naturally occurring ones.  Many people have a basic mistrust of science in general, worried that they are being manipulated by industry.  This is always a real concern, but one easily overcome by simply looking at where the study came from.  If mainstream, respected institutions staffed by authoritative, published and peer-reviewed experts are then distrusted, well, we're off into conspiracy land and the epistemological loop is closed anyway.

My own favorite theory is that many people don't like diet sodas simply for the unconscious, puritanical intuition that is suspicious of enjoyment for enjoyment's sake, and especially if one has not earned it.  Unlike regular sweets, which are high in calories which must be paid for either through exercise or self-denial, diet sodas are essentially "free" happiness.  And any deserving soul can't possibly have that without making a deal with the devil - paid for in cancerous tumors no doubt... 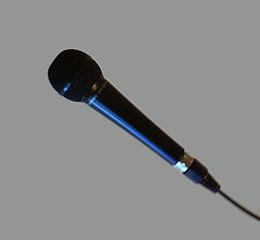 Ta-Nehisi Coates is posed an interesting question by one of his readers.  As a black man who struggled in his youth, yet who is now a successful, senior editor at the Atlantic, what kind of address would he give to a class of graduating seniors at a poor, disadvantaged high school.  His reply emphasizes that - and he has given a number of talks to schools - he doesn't think stern admonitions or cliches about working hard would find much traction.  Instead, he writes that what is most important is speaking of a sense of personal interest in education, of ownership.


I am doubtful that I could have been shamed into making better choices. Some people probably can be. There's was plenty of shaming around me as a child. But I did not take education seriously until I saw something in it for me, aside from what everyone else thought.

Some people are great speakers, and great speeches can be given, and I won't begrudge anyone for putting out a positive message.  But I can only be reminded that these kids need more than messaging.

I've recently given up teaching because after a handful of years of teaching at schools with screwed up priorities, where my classes have been filled overwhelmingly with students with severely dysfunctional attitudes towards authority and their own education, I came way too close to having more than one nervous breakdown. I had to leave for my own sanity.


I feel like I have my own idea of what those teachers might say, but I don't know. Maybe they were terrible teachers who were disrespectful to their students and had no compassion. Maybe, like me, they were too forgiving and let the students walk all over them - despite my best efforts, I am just not that strict, authoritarian. Such a style would seem to be the only way of working in such a dysfunctional institutional structure.

I worked for two years at a continuation school, where kids got sent after essentially failing the first two years of high school, and demonstrating they couldn't be productive members of a general population environment (fighting, talking back, doing drugs, etc.). On a hierarchy of needs, these kids needed something much more basic than content: they needed emotional healing, a quiet place to escape negative social norms (parents and peers were often sociopathic), and someone to listen and talk with them.

Unfortunately, the NCLB/reform movement has been all about destroying the old ways teachers might have had to dealt with such students (who, let's be clear, are the real drivers of the achievement gap and are by and large a product of poverty and social dysfunction at a structural level - neighborhoods, jobs, etc.). My principal wanted to see over 90% "engagement" during direct instruction lessons to students who hadn't earned credit in years, and who spoke openly in class about been abused at home, daily hardcore drug abuse (often in the hands of their parents), violence, and wave after wave of teen pregnancy. And yet, the principal literally had us analyzing test score data in staff meetings!

So as a teacher maybe of similar students myself, I wonder if my comments wouldn't come in the form of an apology for a royally fucked up system which doesn't really care for them, in terms of actually trying to offer help to them that they would need. Words? They need more than words.

Posted by Vidoqo at 5:02 PM No comments: