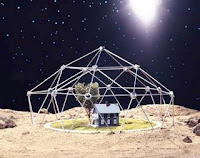 I came across this page at the Ayn Rand Institute. It's a definition of "selfishness" according to Objectivism.

The Objectivist ethics proudly advocates and upholds rational selfishness—which means: the values required for man’s survival qua man—which means: the values required for human survival—not the values produced by the desires, the emotions, the “aspirations,” the feelings, the whims or the needs of irrational brutes, who have never outgrown the primordial practice of human sacrifices, have never discovered an industrial society and can conceive of no self-interest but that of grabbing the loot of the moment.
The Objectivist ethics holds that human good does not require human sacrifices and cannot be achieved by the sacrifice of anyone to anyone. It holds that the rational interests of men do not clash—that there is no conflict of interests among men who do not desire the unearned, who do not make sacrifices nor accept them, who deal with one another as traders, giving value for value.

Trying desperately to make my way through the logic of this fantastic bit of writing, I realized the key to the whole thing lies at the end.

The Objectivist glorification of selfishness has, I think, been what has caused most adults to dismiss it as idiotic at best, downright evil at worst. How, after all, can one seriously defend the seeming root - greed - of so much human suffering throughout history?

Rand does very little arguing here; she is mainly making bold statements about moral truths, as if they should be self-evident. She blithely declares that human good "cannot be achieved by the sacrifice of anyone to anyone." Really? That's bizarrely wrong.

What planet was this woman on?

But then I was struck by the three words at the end of this sentence: "...there is no conflict of interests among men who do not desire the unearned, who do not make sacrifices nor accept them". Of course there is conflict of interest among men - especially when it comes to capitalism. This is where the word "cutthroat" comes from! Being moral isn't impossible in business - you just can't make as much money that way. In an exchange between two equal parties, there is always the possibility that one will use deceit to take advantage of the other.

What is more, capitalist transactions frequently involve unequal parties - that is, one party clearly holds the upper hand, whether through purchasing power, market control, etc. Because the dominant party will usually benefit more from the transaction, unequal relationships can be quite lucrative. The history of labor is rife with just this sort of exploitation, from slavery to sharecropping to child labor to sweatshops. Thus being immoral is not only possible, it is rewarded. And immorality could be said to be the very definition of conflict of interest.

Yet Rand offers an exquisite caveat, a cunning condition to rectify her flimsy case: man ought not accept sacrifice from others.

So there you have it. Capitalism and greed are wonderful, as long as both parties do not take advantage of one another. The only problem is that this redefines what "selfishness" means. One is unselfish to the degree that one takes into consideration the sacrifice of others. A selfish boss pays his workers as little as possible - asking the most sacrifice of them. An unselfish boss, recognizing their sacrifice, pays them fairly.

Rand's rhetorical strategy is utterly dishonest. She makes the revolutionary claim that selfishness be upheld as a highly moral value, but then redefines it so as to strip from it most of its original meaning.

According to Rand man should act entirely in his own self-interest (which happens also to be the interest of society - "the values required for human survival"), all the while keeping in mind not to exploit others. But is it not in man's interest (and society's) that others also act to their fullest potential? Does he not want his workers to be the smartest, most creative, happiest and productive workers? Surely this at times must require from him some level of sacrifice. Would not paying his workers more, or allowing them bargaining rights be considered a sacrifice?

All of this seems ultimately to be Utopian: it envisions a future of perfect order, but one that is dependent upon its own perfection. This circularity denies the current reality that in a capitalist system, when inequality exists, exploitation will occur, if not by individual moral failing then by systemic incoherence. The modern democratic response has been pragmatic: government regulation and intervention into the market. Just as streets and borders are policed, so is the market - via wage laws, environmental, safety, quality, etc. regulations.

An outgrowth of this practical recognition of the inherent failings of a pure market has also been to provide on the one hand a safety net for those unable to benefit from the market (medicare, social security) and on the other an educational and civic framework upon which to build-in equitable distribution of social capital (schools, libraries, parks, etc.).

Yet to Rand all of this would be considered sacrifice - especially so if unevenly burdened upon the wealthy (those considered to have an excess in capital advantage). But as these advantaged individuals are, historically and in our present system, in a position to reap the rewards of others' sacrifice, either through deceit or simple systemic asymmetry, what is keeping them from doing so?

The answer would seem to me to be an incalculable level of unselfishness, that is - for each transaction one would be required to assess the other party's particular level of sacrifice. And given that a true assessment of sacrifice would need to take account not only of that individual's monetary resources, but also their level cognitive and emotional resources - such things that inform one's transactional capacity.

The beauty of government intervention is that it does much of this for us! As long as a decent safety net is provided, and an institutional framework that eliminates structural disadvantage is established, one can assume with much greater confidence that any transactions entered into will be built upon a foundation of equal sacrifice on both sides. The marketplace will take place within a system of genuine equity, and the likelihood of either conscious or implied exploitation will be minimal.
Posted by Vidoqo at 8:26 PM No comments: