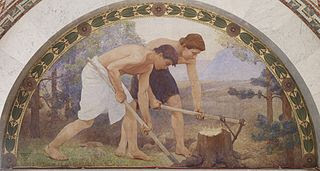 Susan Ohanian argues against the Common Core Standards, getting at so much of what is lost when we treat children as widgets, instead of the amazing, blooming little people they really are.


I’ve never taught kindergarten, but I have spent lots of time in pre-Common Core kindergarten classrooms in 26 states—from poor rural to poor urban to affluent suburban.  I’ve witnessed children’s delight and inventiveness in the play house, the sand table, the building block area.  I’ve read the books they’ve written, watched their impressive mathematical reasoning. Those kindergartens were wonderful places to be. My first objection to this model lesson on teaching complex text is the rigidity of the scripted lesson, the lack of spontaneity, the lack of joy. Everything is teacher-directed and the two teachers have miles to go and CCSS promise to keep.


However, I do think there is a deeper problem that NCLB was at least hoping to address (yet failing miserably and dragging down public education in the process). This is the very real issue of socio-economic inequality and differences in human, financial and social capital in society - what I call *societal capital*. This means families in which parents have less education, less cognitive development and knowledge to pass on to their children, less time to give their children because of working long hours (for low pay), high levels of stress because of mental or physical illness, or life crises.

Socioeconomic inequality can almost be defined as an inability to leverage societal capital into developing one's young. Larger, structural forces in society conspire to perpetuate low levels of capital among the poor, primarily by shunting them into segregated communities with lower overall infrastructure and opportunity.

NCLB and "reform" has attempted to close the achievement gap that SES inequality creates, yet without addressing any of the actual causes. Schools "fail" because of SES, yet we pretend they are the answer to SES. It is completely backwards. Take all the teachers from a "good" school and switch them with all the teachers from a "bad" school and the schools will stay the same.  This is because the underlying problem is the same, and unless addressed, it will remain so.

The billion dollar question, however, is how best to do this, and whether it is even possible.  We can radically transform public education with real reforms that target poor schools with interventions such as dramatic cuts in class size - maybe down to 10-15, multiple full-time counselors, parent liasons that follow up with families in distress, whether because of violence, illness, homelessness, etc.  A teacher with a child who is performing below grade-level and seems to have real academic, emotional, behavioral, etc. problems ought to be able to call upon a wealth of resources to find out what is really going on.

As a high school teacher, the students I teach who are most at-risk are those with the most dysfunctional home-lives.  I routinely make phone calls home yet phones are often out of service, or the parents is at a loss as to what to do.  Try as I might in the classroom, there are limits to what I can do, especially when the student's developmental disadvantage is disrupting learning for the rest of the students.  When I taught at the elementary level, the problem wasn't much better.  Parents of struggling students tended to have difficulty knowing how to best offer their children the kind of development at home that would help facilitate academic success.  This could have been the result of any number of disadvantages associated with SES.  One parent of a chronically disobedient child worked long hours and appeared to be a recovering addict, who frequently lost her temper with her son.  Many others spoke little English.  Many struggled at low-paying jobs.  None had college educations.  Contrast this with higher SES neighborhood schools and the story is generally the opposite - students come from homes with more societal capital, and their academic performance reflects it.

Seeing as we have yet to fully implement the type of radical reform of poor schools I mentioned, it is hard to say how effective this sort of technocratic policy solution - remedying the effects of poverty through services - might be.  You also then have the problem of mixed neighborhoods, in which only a portion of the school population is lower-SES.  These students still struggle, despite the effects of going to a "good" school.  This would be expected, considering the degree to which one's societal capital is made up of capital from one's family and home-life; even in an environment of opportunity, there is still less to leverage.  These students would need the same kind of setting and services a poor school might be designed to provide.

Yet what if these services aren't enough?  What if it just isn't practical to try and make up for the diminished societal capital of millions of families, having become so depleted over lifetimes and generations of disadvantage?  What if the only solution is to radically rethink the structure of our economy itself?  As it stands, our economy depends on a massive underclass of tens of millions making poverty wages.  Our system of property and real estate establishes neighborhoods and communities defined by very different levels of societal capital.  Low income is often the result of lower societal capital - things like one's human capital development, one's family situation (i.e. having to care for children as a single parent with no time or money for career advancement), possible mental illness such as depression or anxiety disorders, or other health issues.  The fact that one is poor because he or she is paid a low wage because of life circumstances that make it difficult or impossible to advance their career means that their disadvantage is being taken advantage of.

To the extent that our economy depends on their labor, we are taking advantage of their disadvantage.  Thus as a society who benefits from their position, we ought to be held responsible for improving it - if indeed we believe in equality and fairness.  As a metaphor, imagine having desire to see something interesting going on on the other side of a fence.  Unfortunately, the fence is six inches too tall, yet just your luck, a man has fallen down drunk before you, and standing upon his back, you just might be able to catch a glimpse of the excitement.  Of course you wouldn't take such an opportunity.  Yet what if instead the opportunity was to avail yourself of any of the the innumerable services proffered by individuals with too little capital to find more respectable, and better paying employment.

Well, we tell ourselves there but the grace of God go we, and complete the transaction.  The modern economic system conspires to make their plight as friendly as possible.   Just as prostitutes no doubt must pretend to enjoy servicing their customers, so too must desperate low-wage laborers "do it with a smile".

This is the deeper moral flaw in public education - that the achievement gap belies the gap in societal capital, enforced on a daily basis by a complex society that finds the question of its own culpability too uncomfortable too spend much time on.  After all, what else might we do?  What alternative is there?  This is the question.